The Ant under the Leaf 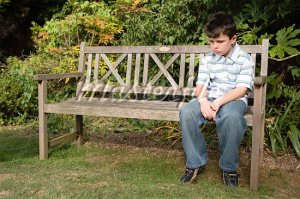 Jimmy was sitting on a bench, watching a lonely ant wandering on the ground by itself. He watched as the ant crawled in funny zig zag patterns, as if it was lost.

He wondered where all the other ants were, as he was used to seeing ants in big masses. Maybe this one was a lost scout or something.

At that point, the ant crawled under a leaf. Jimmy continued watching, and waited for the ant to come out from the other side of the leaf.

Time passed, and the ant did not reappear anywhere. Jimmy wondered if perhaps there was a crack on the ground, or a tunnel under the leaf that leads to its hive or something.

More time passed, and Jimmy started panicking. What if the poor ant was stuck under the leaf? What if it was somehow trapped and couldn’t get out?

He felt he had to do something to make sure the ant was alright. So he bent down and flipped the leaf over.

The ant was still there, and when the leaf was removed it started moving again.

Jimmy decided to put the leaf back, and left the ant alone. 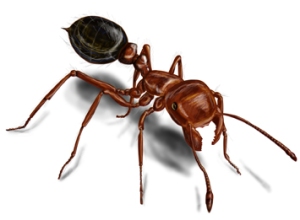 Itchy the ant was running scared. He had gotten separated from his nest, and now there was a giant monster looming over him, just waiting to stomp on him. His survival instinct told him to run in random patterns to better avoid a foot, so he did just that.

He finally spotted some shelter, and made a beeline for it. For a short moment, he thought about his ironic choice of words, but then quickly fell back into panic.

Itchy finally reached the safety of the leaf, and dove right into it. He froze, hoping that a lack of movement would hide him and that the giant monster would leave.

Time passed, and while there didn’t seem to be any movement outside, Itchy still felt far from being safe. He scanned the ground under the leaf for a way to escape, but he didn’t find one.

More time passed, and Itchy had to fight the urge to move and peek outside. His little antennae jittered uncontrollably, and his head started twitching. He tried to think of a plan, but he was too nervous and scared to think of anything.

Suddenly, the leaf was turned over to reveal the giant monster staring at him! Itchy immediately started running in a fit of panic.

But then the leaf was placed over him again, and he stopped as as everything went dark.

Under the leaf again, he wondered if this would now become his tomb. Is it a trap? What was going on outside? Why couldn’t he have just stayed together with his friends instead of wandering off by himself?

In the darkness, Itchy sobbed.

Posted by Drew on January 31, 2013 in Short Stories and tagged ants, perspective.

I love my kids, my wife movies and video games (in no particular order). Sometimes my dog too, but he likes to stink up my pillow these days.
View all posts by Drew »